Are you procrastinating when it comes to saving for your retirement? 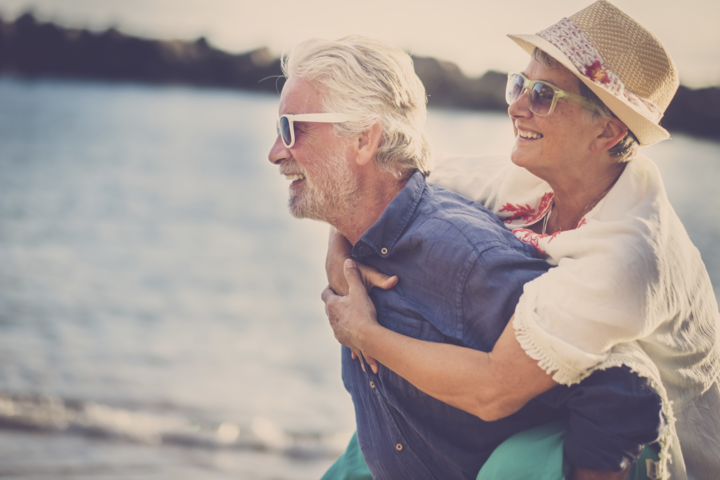 Retirement is always something way off in the future until suddenly it isn’t, and by the time you realise this, it’s too late.

What if we showed you how little a million Rand pension fund buys at retirement? Hopefully this will help end your procrastination. As a nation we’re not saving enough, and to be honest it’s hard enough getting by from day to day right now, never mind one day when you retire.

A great question to keep things in perspective is to ask – If you’re struggling right now, how much more will you struggle in retirement?

Now that we’ve got you thinking about retirement, let’s answer a question we get asked all the time.

“I have a million Rand in my pension fund. How much would I get when I retire?”

You’re about to meet three gentlemen on the brink of retirement:

The first thing we did was shop around for a conventional life annuity for each of them.

Why a conventional annuity?

A conventional annuity is perfect for measuring what sort of income a life insurance company would be willing to pay in exchange for your million Rand investment.

Take an income higher than they suggest, and you run the risk of running out of money in retirement.

A conventional annuity is a contract between you and a life insurance company. You hand over your pension money and they, in return, will pay you an income forever (Well, at least until you pass away).

Once you sign the contract you never see your million Rand again. The drawback with that is if you die tomorrow, your million Rand is lost (There are options for leaving dependants with income, but this article assumes none of that).
The advantage of this annuity is that you are guaranteed an income for life regardless of how poorly your investment performs.

This is what we told the life insurance company:

So, what sort of income could each of these guys expect?

Remember he wanted to retire at 65. Well, he could take R9,274.67 a month if he prefers a fixed income every year without any increase, but remember we wanted that income to increase by 10% annually. 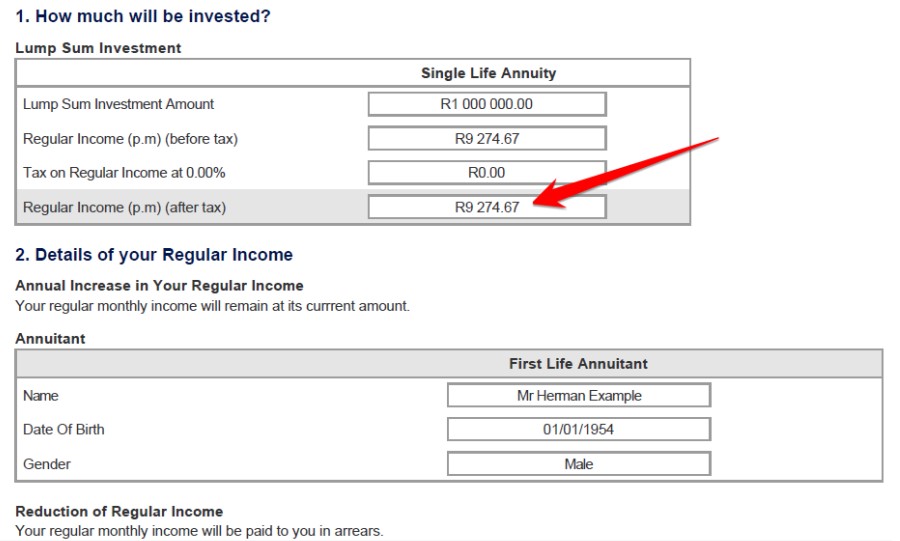 Notice in the screengrab below how his income starts off at only R3,782.20 per month. 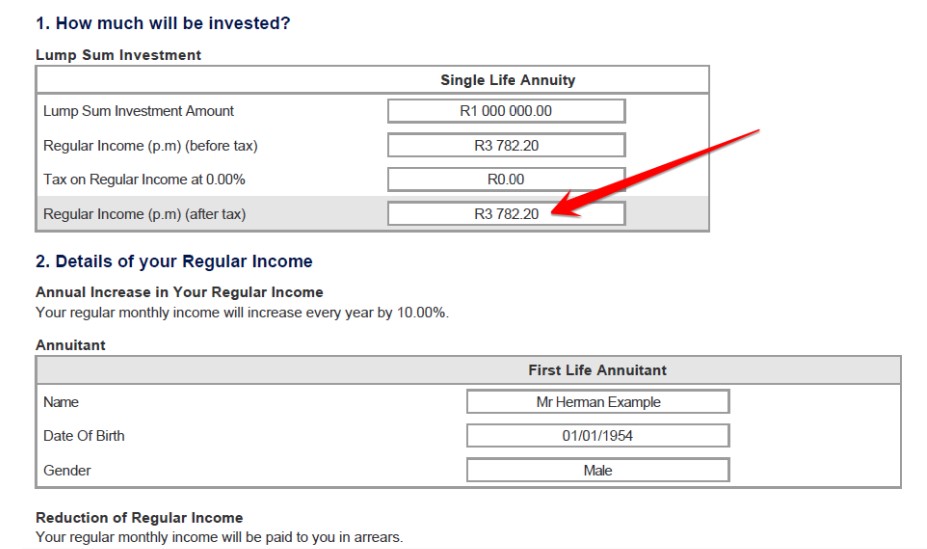 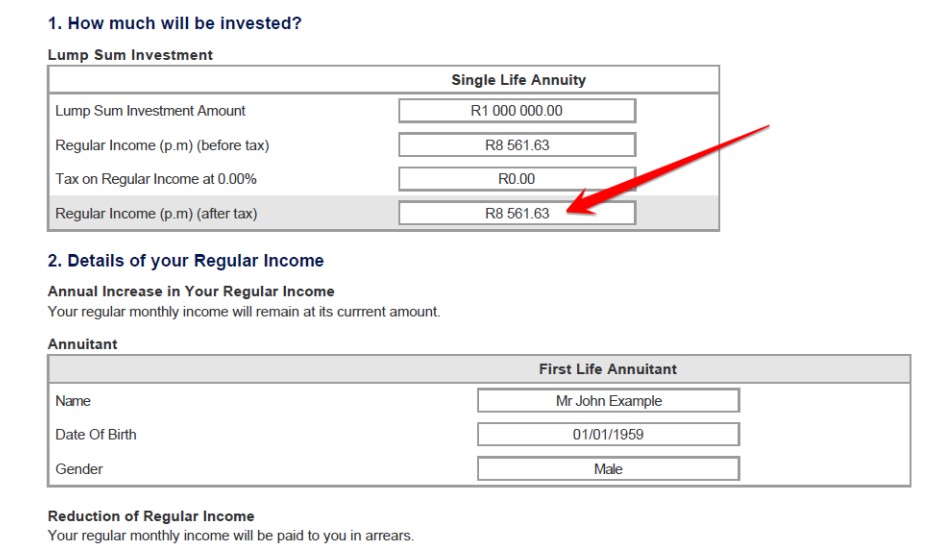 In the screengrab below notice how his income drops to R2,930.01 per month when he selects a 10% annual increase in his income. 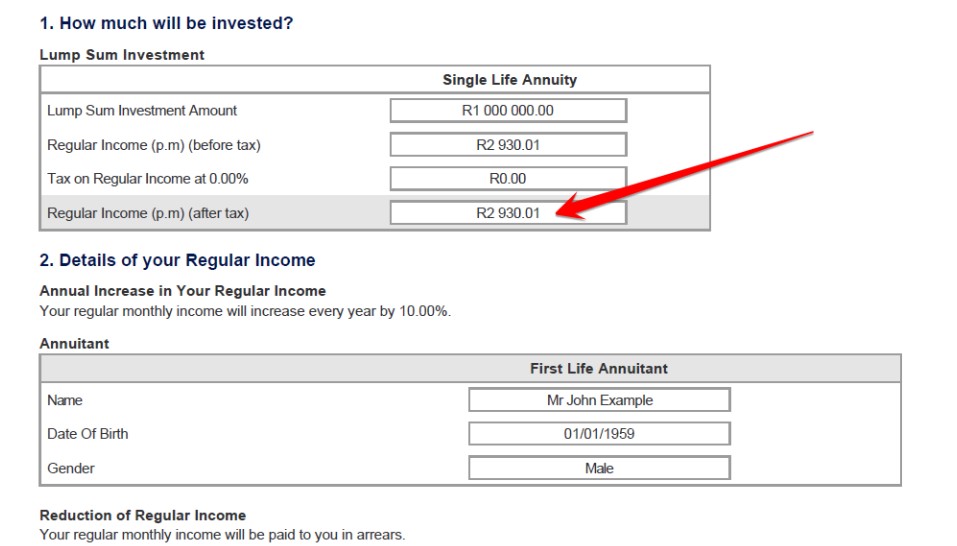 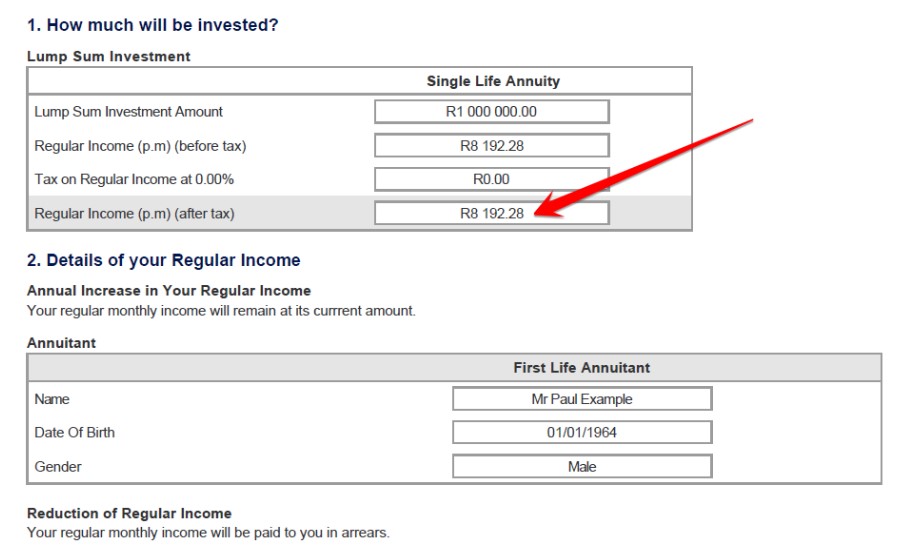 His income drops to R2,408.24 per month once he selects the 10% annual increase option. 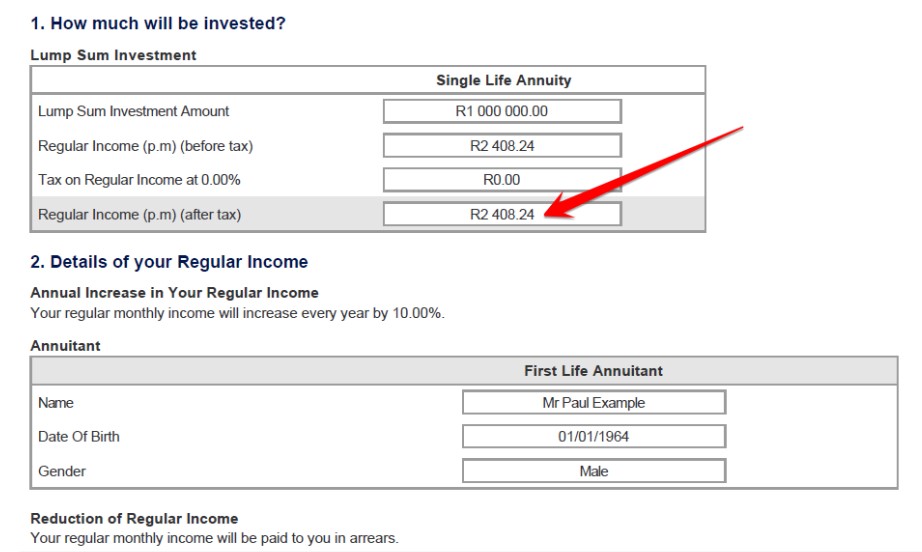 What can we say?

A million Rand pension is nowhere near enough to retire on nowadays. That leaves us with two options:

Not all of us can choose to retire later either because they’re forced to or through ill-health. The second option is at least under your control.

Why not start today by increasing your retirement annuity contributions?

If you’re interested in finding out more about our retirement annuity options with Allan Gray & Momentum, simply submit your details below & we will contact you.