Discovery Health Smart Plan | Is it really that smart? 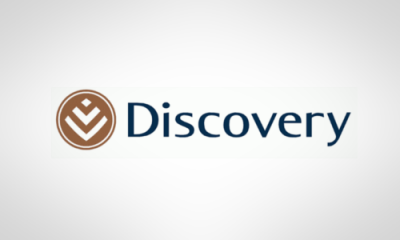 Discovery Health have dropped a bomb. Not just any bomb – a Smart bomb.

It’s called the Smart Plan and it’s going to change the way you think about medical aid.

Imagine this for a moment.

You’re on a basic hospital plan, right?
And that’s not because you don’t want all the ‘other’ benefits (like being able to see a dentist from time to time), you simply can’t afford it. You used to be on a plan with a little bit of savings, but then came marriage so you downgraded to a hospital plan.

Then came the first child, and you downgraded even further. Eventually, you ended up on one of those hospital plans where you had to use certain hospitals only.

How much worse could things get?
Let’s say you’re paying R2,829 a month right now for yourself, one adult, and a child. With a 7, 90% increase happening from next year, you’ll be paying R3,053 a month for the same thing. Let’s hope your employer offers an 8% increase!

Is there a solution?

How about the brand new Smart Plan?

How much does a doctor visit cost nowadays? I don’t know, R350 to R400 a consultation?
And what about the prescription he or she writes? R500, maybe more?

Are you sitting down for this?

Hang on, let me show you what I mean…

Do you see the two orange blocks on the left? Well, that’s where I’ve entered the number of adult and child dependants. You can see that on the Smart Plan it’s going to cost:

Now to the right of this are all the hospital plans on offer at Discovery Health – 5 in total – ranging from the top of the range Classic Core on the left to the Coastal Core on the far right.

But notice the cost on the Classic Delta Core plan – R3,053 a month. That’s the same cost as the Smart Plan.

So why’s that important?

Let me draw another picture

Check out the hospital coverage section.

Discovery Health pays your in-hospital stay fully, so let’s ignore the actual hospital.
The problems come in with the specialists who work on you while in hospital. These guys and girls don’t care about what Discovery Health is willing to pay; they charge at what they think their time’s worth.

The problem you and I have is that medical aid schemes either:

As you can see above, the following hospital plans pay 200% of the Discovery Health rate:

So there’s absolutely no difference between the Smart Plan and the Classic Delta Core in terms of cost and hospital benefits. In both cases, you must use selected hospitals.

So where is the Smart Plan better?

Check out the day-to-day expenses just below the hospital section. Once again we have those orange blocks. I’ve assumed 10 Doctor visits for the year at an average cost of R400 each. That’s R4,000 a year paid from your pocket if you’re on a hospital plan.

But look at what happens if you’re on the Smart Plan.
Each of those visits costs only R50. You get to see the Doctor 10 times a year for R500 while the guy on Classic Core pays that for just one visit!

And then look at the cost of acute medicine just below that.
Let’s assume your average prescription comes in at R500. Three of those every year, and you’re looking at R1,500 a year.
But notice the cost on Smart Plan. On Smart Plan, you pay R10 per item prescribed. In our example, I used three items on each of the three prescriptions. That’s R90 for the year!

Just be careful though…Discovery Health isn’t going to pay willy nilly for everything the doctor prescribes. They have a defined list of acute medicines which will qualify for this.

Now go back up and look at the costs again. Even if you’re on Classic Core – or Essential Core – it just doesn’t make sense. Yes, you can go to any hospital, but so what…you pay less on Smart Plan, and you get to see Doctor on the Cheap as well?

Now let’s look at another picture…

This one’s all about co-payments.

The Smart Plan is made affordable by asking you to visit certain doctors and hospitals. Right off the bat, you can see that if you decide not to use a Smart Plan hospital, a R7,500 co-payment is charged. The same thing applies to the Delta hospitals (R6, 450) which I’ve also highlighted in the example. And your medical gap cover won’t fund this, so please be aware.

Which hospitals are included on the Smart Plan?

The interesting thing about the Coastal plan is, that if you don’t use one of the hospitals in the four coastal provinces, then Discovery Health only pays 70% of the bill. Remember this if you’re on the Coastal Core and Saver options.

Next thing you’ll notice below that is the 20% co-payment on all of the plans if you don’t make use of:

Bear in mind that the Core plans at Discovery Health don’t include prescription medicines at all. The only time you’ll actually get to use these options is for chronic medication.

But check out the bit on MRI and CT scans.

Notice that unless these scans happen as part of your admission, they aren’t paid on the core plans?
And don’t think your medical gap cover will pay it either. They only cover authorised procedures where a benefit is offered by your medical scheme.

At least the Smart Plan will pay a humble amount towards this.

Let’s now move on to the sub-limits

You can see that the Smart Plan offers everything the Core plans do.

So would I recommend the Smart Plan?

I reckon that none of the Core plans make much sense when compared to the Smart Plan, but…

The Smart Plan isn’t for everyone. It’s going to suit the following types of people: